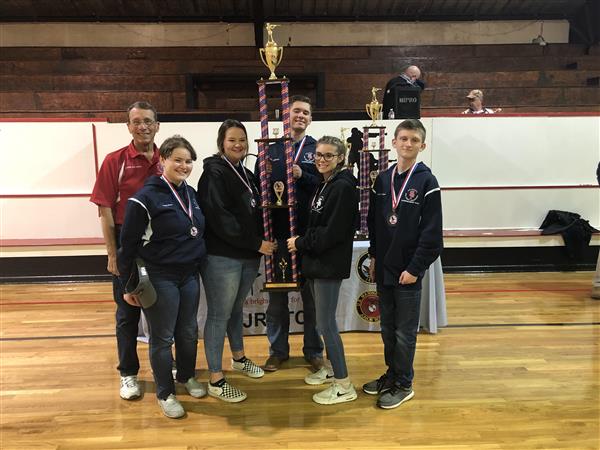 Las Vegas AJROTC currently has a 1 - 3 record. After the loss they are in twenty-fifth place overall. Las Vegas AJROTC was led by, Dallas Huff who shot a 266.3. The remaining contributing members were Alberto Urrutia, Amanda Merino, and Robert Salmon. Las Vegas AJROTC is from Las Vegas, NV, and is coached by Guy Cooper.

These two teams are competing in the National Air Rifle "New Shooter" League. Sponsored by the Orion Scoring System, the league is a national team league exclusive to athletes in their first year of competition. Teams are from high schools and junior rifle clubs throughout the United States. Over 10 weeks each team competes in 8 games. Each week, each team is paired with another team with a near equal skill level.

In each game the teams compete in what is known as a Three-Position Air Rifle match. The match is modeled after Olympic Rifle competitions but adapted to high school age athletes. Each athlete will shoot 10 shots in three different shooting positions: prone, standing, and kneeling. Each shot is worth a maximum of 10.9 points. The sum of points scored in the 30 shots is the athlete's total. The team score is comprised of the best four athletes from each team.

For more information on the league, including complete standings, visit https://www.national-leagues.com/new-shooter