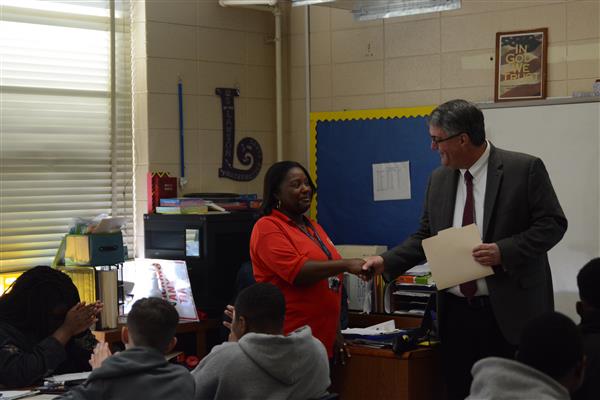 The drop-in from the visitors soon added up though, as South Panola School District Superintendent Tim Wilder announced Lawson as the 2019-20 District Teacher of the Year in front of her students.

A native of Batesville, Lawson is a South Panola High School graduate. She obtained her bachelor’s in education from the University of Mississippi before obtaining her master’s in curriculum and instruction from Arkansas State University.

Lawson has been with the school district for 14 years and serves as an advisor for the BJHS student council.

Other Teachers of the Year include: